Control The Rhythm In Your Putting Stroke

The reason I have my iPhone sitting here with me is I want to teach you an exercise.

It has to do with rhythm, controlling your rhythm in your putting stroke.

Now, what I have, is I have a metronome app.

You don't need to see it but there's hundreds of apps you can get online that are metronome apps.

What this does it allows you to start to build a rhythm in your stroke that's going to allow you to have a lot better speed control. Now, what I mean by rhythm, the best putting strokes in the world have what I call a two to one rhythm.

They're twice as long going back as it is coming into impact so it's aways a one, two, one, okay? They'll get the impact from the backstroke twice as fast as it'll take 'em to get it back.

A setting that I like to use is 74 beats per minute and that setting is for putts inside of about six foot.

For some people, they may have a little bit different tempo.

That's the tempo that we're talking about not the rhythm.

You can change your tempo and fluctuate it to wherever you like it but the key to this is you have to have the rhythm, okay. What I mean by that is it has to do with the point in which you're making contact with the golf ball.

I'm going to play this.

I'm going to hold it up because if I lay it on the ground, can't quite hear it and I want everyone to be able to hear this.

You hear the music start to play.

This is what a lot of instruments are played by is these metronomes.

In putting, what you're trying to do again, is a two to one count so it's a one, two, one, okay.

You're trying to hit it on that second count.

What I'll do, you can have target.

Again, I'll usually use two hands but I want you to be able he hear this so I'm going to hold this close to the microphone. What you're going to do, you're going to set up to the ball, look at the target, come back, one, two, one and make sure you hit it on that second mark.

Again, it's look at the target, come back, one, two, one and you want to hit it right on that mark.

Now, as a quick tip, the further you get away, you're going to want to change this rhythm because the stroke gets bigger and you don't want to keep the same rhythm.

For now, when you first begin to learn this, find out what your rhythm in.

I've seen some people get in the 80s but it's different for everyone.

Find the tempo that's right for you.

We all know that when your distance control gets better, more putts get in.
Similar Videos 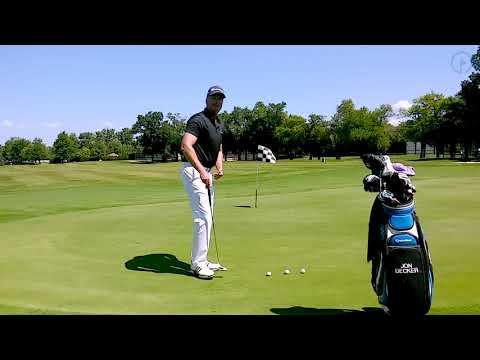 Is Your Posture Hurting Your Putting Stroke? 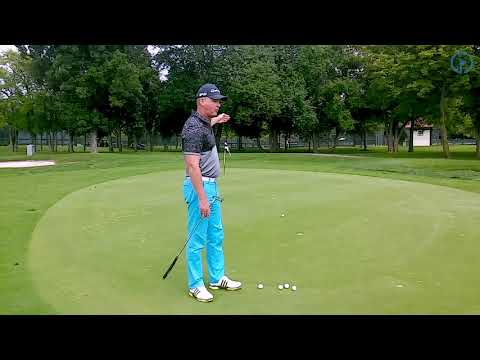 Best Way to Warmup Putting Before a Round 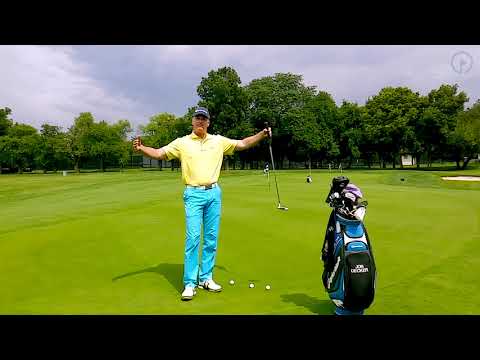 Have the Correct Mindset for Long Putts 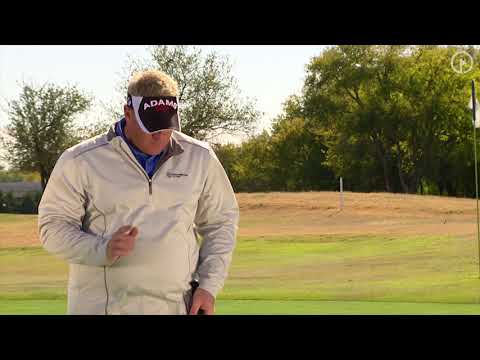 Whistle While You Work: Recap 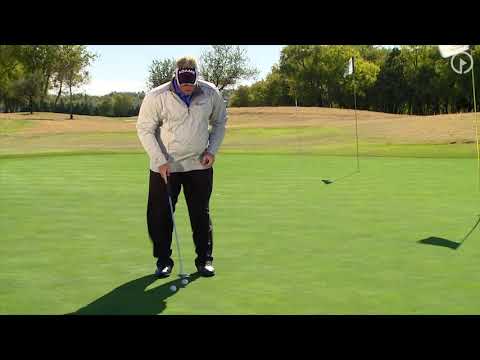 Whistle While You Work: Carpet Putting 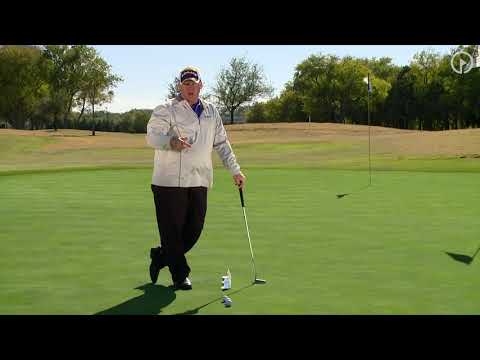 Whistle While You Work: Putting Rail

Whistle While You Work Putting: Tempo 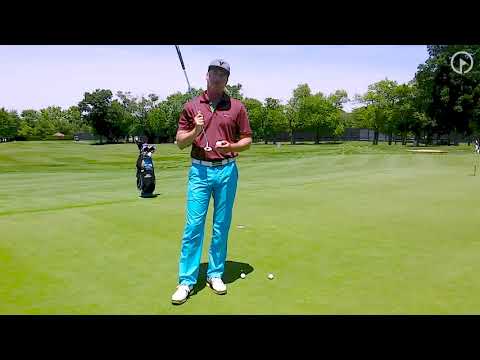 How to Correctly Align Your Putter Face to Your Target