The Path of Your Putter Means Everything 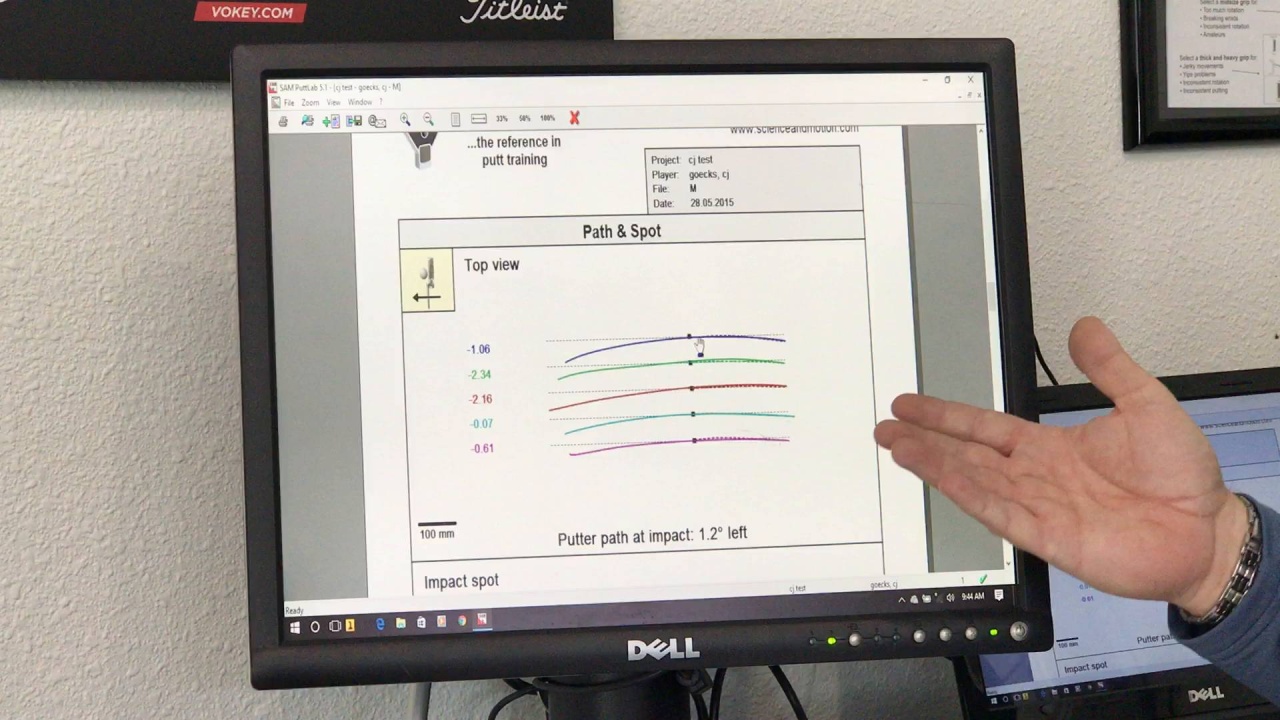 Watch this Lesson and Thousands More

I am already a Member 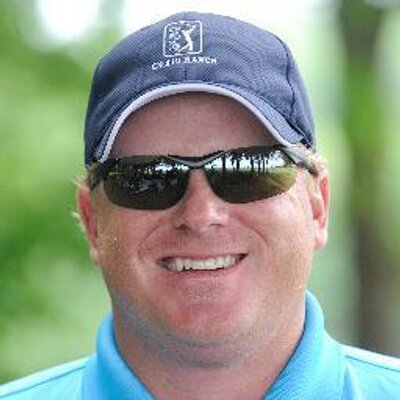 Here we are at the SAM PuttLab again.

This is CJ from Short Game Secrets.

What I want to talk to you guys is about your putter path.

You can see here that I have my putter face, which is slightly open.

My putter path has one point two degrees to the left.

Understand it takes one degree off to miss a 12 footer.

The cool thing is, and just so you guys know, this right here, this first line is measuring my technique.

This one is measuring my consistencies.

In this it's a lot more important to be consistent than it is to be correct.

If I'm consistent I can go with it.

You can see my putter face is open.

My putter path is one point two degrees left.

Neither of those are exceptional.

It's not bad, but the cool thing is to notice, is that they're opposites.

I got a slightly open face with a path that's slightly left.

My ball direction is starting point four right and that's what you're looking at right here.

I'm going to be making a lot of putts from there.

I'm going to make up to 20 footers simply just because my technique's pretty good.

Anything outside of that, I might have to get lucky and hit a spike mark, but I'm not Jordan Spieth.

Anyways, as we go through here, you can look at this and the path.

I like to do a drill, which is called the six tee drill.

All you're going to do is, if you get a chalk line, understand that a chalk line is probably the number one training aid when it comes to putting.

If you don't know what a chalk line is, just go to Home Depot or Lowe's or your local hardware store and ask them for a chalk line.

Again, 10 dollars and you pop a line right down on the putting green to the hole, and you can see what your path is doing.

This is my path, actually from above, if you're looking at this.

My putter goes back, comes to the inside, notice it's pretty consistent here, and then it works just a little bit more left.

That is my tendency and what I'm going to look at and what I did here to actually fix this.

My tendency is that I hit the ball a little too far forward in my stance.

That causes my shoulders to get open and then my path works a little bit left.

I actually went and fixed this one simply by moving the ball back a quarter of an inch, squared up my shoulders a little bit, and my path got better.

Again, I still was not unhappy with that ...

With where my ball position was starting.

Understand that, hey, if you are trying to fix your path or your face, it just depends.

The best way to determine that is through a chalk line.

If you are on that chalk line, you can tell.

If your ball's starting really quickly off that line, and in fact we're going to pull back here and I'm going to show you something.

If I had a chalk line right here and we're going to put this ...

This would obviously be flat on the ground and I had my putter here.

I'm going to put a tee just barely outside and barely inside this putter.

I'm going to then move my putter back about six inches and put a tee barely outside and barely inside.

Then I'm going to go through my follow through another six inches and put a tee barely outside, barely inside.

What you're going to have is a rail.

You can buy the Dave Pelz rails for 150 bucks, or you can have a chalk line and six tees.

It does the same thing. What you're basically creating is a straight line here and a slightly curve line.

Remember, barely outside, barely inside.

When you go back, barely outside, slightly more room to the inside.

Then follow through, barely outside, slightly more room to the inside.

You're creating this path.

If you're not hitting the tees, as you go back and forth, you know your path is good.

If your ball is starting and missing off line, off that chalk line pretty quick, you know it's a face issue.

Again, that could be, just like in the previous video, it could simply be your aim.

Understand that with a chalk line, if you are trying to fix your putter or your path, the first one to determine is which one is it? The only ...

Obviously come take a lesson from me, or get on the SAM PuttLab and/or too, go get a chalk line and plop that down on the green and do the six tee drill.

Learn to Square Your Putter Head At Impact

Is Your Posture Hurting Your Putting Stroke?

Best Way to Warmup Putting Before a Round

Have the Correct Mindset for Long Putts

Whistle While You Work: Recap

Whistle While You Work: Carpet Putting

Whistle While You Work: Putting Rail

Whistle While You Work Putting: Tempo